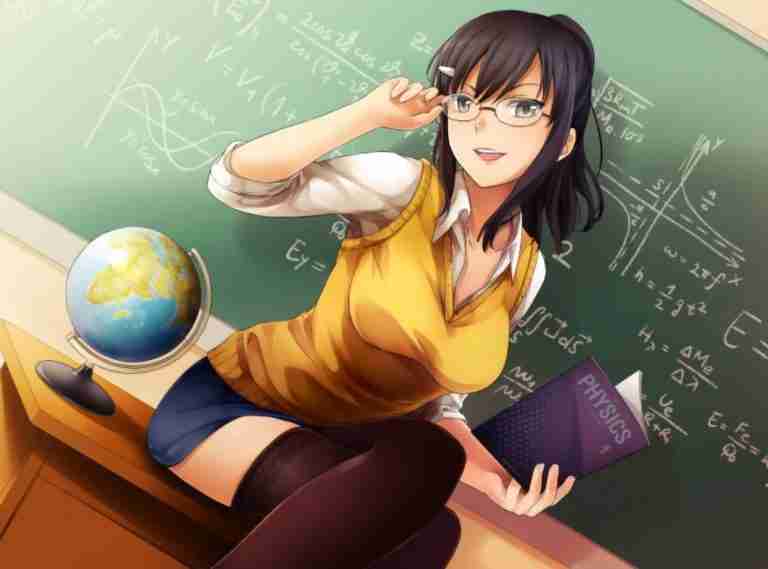 Hello, Alysers, I am excited to share with you the Top 15 Anime Girls with Glasses.

Meganekko literally means a girl with glasses, and such a character is easily recognizable by her frames. Meganekko is cute, not childish, and beautiful. She is usually also a pleasant person to talk to. Often quiet or shy, Meganekko can sometimes hide a wild side behind her glasses. Seasoned anime fans can probably name many anime girls with glasses, but here is a list of Top 15 Anime Girls with Glasses. Yuki Nagato from anime The Melancholy of Haruhi Suzumiya. This cutie anime girl with glasses is so popular that she even got her own spin-off series! In the original anime based on the light novel. Nagato Yuki is a dispassionate, superintelligent alien, but in Nagato Yuki-chan no Shushitsu. She is a shy, easily agitated member of the school literature club! In any case, the glasses are very good for her. Anri Sonohara from the anime Durarara anime!! Quiet and timid on the outside, intelligent and caring for her close friends. This anime girl with glasses is one of the few who wields swords, and she is also the owner of Saiki’s supernatural sword, which allows Anri to control who she cuts, and also inflicts huge psychological damage on the owner. In that sense, she is different from the traditional meganekko. The glasses are essentially just to distinguish her from others but given the more subdued nature of everyone else. Mari is essentially an inversion of the usually restrained archetype. Bombarding and bloodthirsty, Marie is as fearsome in battle as she is a beautiful anime girl with glasses. Yumi Azusa from the anime Soul Eater. A weapon of death designed to defend East Asia. As the glasses suggest, Yumi has a brilliant mind, with a memory almost as photographic as Sheski’s. She is an excellent collector of information and has Senrigan eyes, or thousands of miles, that allow her to see at great distances. Yumi takes her work and life seriously and never smiles. Lettuce Midorikawa from the anime Tokyo Meow Meow. In Western fiction, this is a common trick for a shy, boring girl who loses her glasses and then becomes more sociable. This is less common among meganekko, but it is not unheard of. Lettuce Midorikawa embodies this archetype; Although she is usually timid and easily intimidated, she is confident in her super-powerful meow form. However, even with porpoise DNA and power over water, she believes diplomacy is the best way to solve problems. Maiko Ogure from the anime Kill or Die. She is a student at Honnouji Academy who is not a star, which means she lives in dire poverty and terror. She is a characteristically shy and selfless anime girl with glasses, lacking confidence, but willing to sacrifice herself for her friends. She quickly became friends with Ryuko and Mako on her way to school during the chaos. Sheska from the anime Fullmetal Alchemist. A former librarian at the downtown National Central Library, She was fired for reading, not for work. She rivals Yomiko for sheer bibliophilia, but her addiction to books makes her virtually unable to keep her job. Like many meganekko, Sheska is quite shy, but her shyness stems from the frustration of repeated failures.

However, all she needs is to find a place for her talents: she has an uncanny ability to remember everything she read, which makes her extremely useful for the main characters Edward and Alphonse in their search for the Philosopher’s Stone. Shizuku Murasaki from the anime Hunter x Hunter. Another spectacle girl whose looks and demeanor hide a darker side. Shizuku is the eighth member of the Jeni Ryodan, or Phantom Troupe, a gang of professional thieves. She acts immature for her age, being extremely forgetful and seeming to be nothing more than an airy little girl. However, taking Shizuku at face value is a good way to get killed. She possesses powerful deductive skills and is a ruthless, unfeeling assassin with a magic vacuum cleaner as her unusual murder weapon. Nina Einstein from the anime Code Geass: Lelouch Risen. Meganekko resident on the student council of Ashford Academy, a prestigious boarding school in British-occupied Japan. Although she is a shy star pupil, Nina is openly racist towards the conquered Japanese, or “eleven” after the British name of her country. Through a series of terrorist attacks, she also develops obsessive tendencies that help her pursue a career in military physics. Yomiko Readman from the anime Read or Die. If you google Girl with Glasses. She pops up as one of the suggested options. Yomiko takes this archetype to its logical limit: she is kind, socially awkward, and reads literally hundreds of books a month. Her bibliophilia is a side effect of her ability to control paper, from creating large paper planes to stopping bullets with cards – useful skills for a secret agent at the British Library. Although her gullible and friendly personality makes her poor at undercover work, Yomiko is a brilliant fighter who defeats strong opponents with homemade paper weapons. Mirai Kuriyama from the anime Beyond the Border. In Beyond the Border, there is a protagonist who is just as attracted to anime girls with glasses as many of the viewers, and looking at Mirai Kuriyama it’s not hard to see why. Miniature Mirai is cute but low-key, prefers to control herself, and blogs about her favorite bonsai trees. But her baggy cardigan and glasses hide a stronger side: Mirai hails from a secret society of warriors dedicated to fighting demonic Yuma. She does this with the terrifying power of chemokinesis, using her own blood as a weapon. Mirai may be afraid to fight, but as a last resort, there are a few more experienced swordsmen. Koyomi Mizuhara from the anime Azumanga Dayo. Also known as “Yomi”, She is one of the most famous Meganekko. In fact, she was known as Meganekko until her name was revealed in the second volume of the manga. Her name is a play on the words “read between the lines” that matches her diligent nature. Koyomi prides herself on her intelligence and maturity, considering herself more mature than her close school friends. Nodoka Manabe from the K-ONE anime! The third student council member on this list. She is a close friend of the protagonist Yui Hirasawa, a mature and intelligent member of the student council, and later becomes its president. She is constantly annoyed by less responsible students, including members of the light music club, but she is willing to work to help them correct their mistakes. Homura Akemi from the anime Girl Magician Madoka ★ Magic. Recently transferred to Mitakihara High School, Homura is friendly but timid due to her long hospital stay. She is smart and athletic. Homura’s fighting style as a magical girl includes support and protection rather than pure attack, and she fights with an impenetrable shield. Initially, she relies on the help of friends in battles with witches, but gradually develops her own formidable skills. By the end of the episode, Homura is strong enough to protect his friends on his own. Shino Asada from the anime Sword Art Online II. Long live the girl’s gamers! Shino Asada joins the cast of Sword Art Online in the third season of SAO II. She’s smart and a great shooter to boot. Her in-game Avatar doesn’t wear the glasses she needs in real life. Like the other anime girls with glasses in this article, Shino is cool and calm, looks unwavering.

As the glasses of the meganekko demonstrate, visual shorthand is sweet for a rough approximation of a character’s personality. Some anime girls with glasses are shy and a few are outgoing, but most are notably intelligent or reliable in one way or another. Sometimes their ambition and intelligence take them to dizzying heights; other times, they struggle to seek out their niche. Regardless of where a meganekko happens to find herself, she is usually the calm center of the chaos around her. She may have all the tools to succeed, but she might need the proper opportunity or motivation. More often than not, the natural talent and determination of the meganekko make her a reliable and valuable friend.

This website uses cookies to improve your experience while you navigate through the website. Out of these cookies, the cookies that are categorized as necessary are stored on your browser as they are essential for the working of basic functionalities of the website. We also use third-party cookies that help us analyze and understand how you use this website. These cookies will be stored in your browser only with your consent. You also have the option to opt-out of these cookies. But opting out of some of these cookies may have an effect on your browsing experience.
Necessary Always Enabled
Necessary cookies are absolutely essential for the website to function properly. This category only includes cookies that ensures basic functionalities and security features of the website. These cookies do not store any personal information.
Non-necessary
Any cookies that may not be particularly necessary for the website to function and is used specifically to collect user personal data via analytics, ads, other embedded contents are termed as non-necessary cookies. It is mandatory to procure user consent prior to running these cookies on your website.
SAVE & ACCEPT
wpDiscuz
1
0
Would love your thoughts, please comment.x
()
x
| Reply