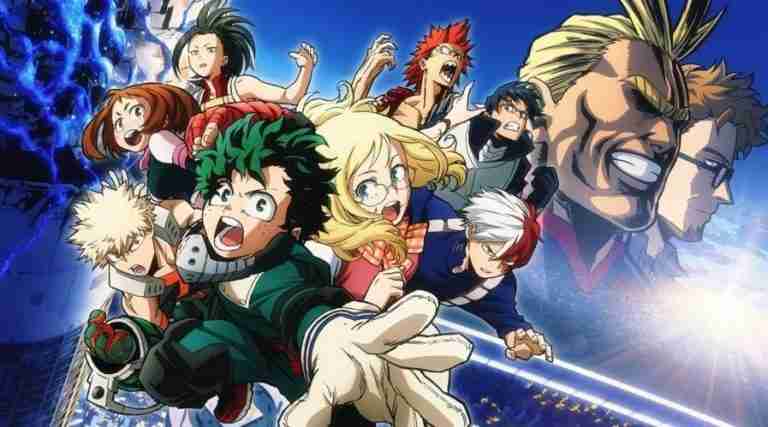 Review on My Hero Academia: The Two Heroes

Hello, Alysers, I am excited to write the best review on My Hero Academia: The Two Heroes.

Review on My Hero Academia: The Two Heroes

My Hero Academia: Two Heroes is a full-length anime that is a sequel after Season 3 ends. During the summer holidays, Izuku, along with the Almighty, visits a giant moving island. Where scientists from all over the world come to conduct research. This is a place where crime has never happened, thanks to the harsh access control and the help of high technology. But just when the whole class 1-A was impatient to get to the island, all its inhabitants and professional heroes were suddenly taken hostage by some villains! And our students become the only source of salvation. The beginning is pretty formulaic, isn’t it? But don’t be in a hurry to get upset. As a result, everything turns out to be quite logical and even a little dramatic! Within twenty minutes, the story begins to unfold, becomes much more lively, and finally sucks the viewer head over heels!

Of course, if you have not watched the previous 3 seasons of the anime, then “My Hero Academia: Two Heroes” will be as incomprehensible and boring as possible. But fans of the title will squeak with pleasure when watching, I’m sure of that. The film turned out so good.

I was very pleased that finally we were given much more information about the youth of the Almighty and his partner. And I was overjoyed!

I watched the film with the voice acting from Jam and she was as good as ever. I highly recommend it if you prefer watching with fans.

As always, the staging of the battle scenes is dynamic and bright. And the final battle is so juicy and epic that only for it you can put a 9-Ku for the whole film. And if we take into account other merits, then we will do so.