by Dayna
in Anime News
Donate
0

In a translation posted on July 14, One Piece author and illustrator Eiichiro Oda’s message to fans ahead of the final saga was shared by Twitter user @ScotchInformer. Etenboby made the unofficial translation, a reputable name within the community of leakers and reporters associated with the series.

Oda celebrates how far his series has come and hints at One Piece’s upcoming finale. According to the message, there are only a few issues left in the Wano arc, likely meaning 1054 will be the last issue. The reality of this legendary, timeless series that is truly approaching its end may be shocking and saddening to some fans. We explore Oda’s message to One Piece fans and speculate about what’s to come in the final chapter. 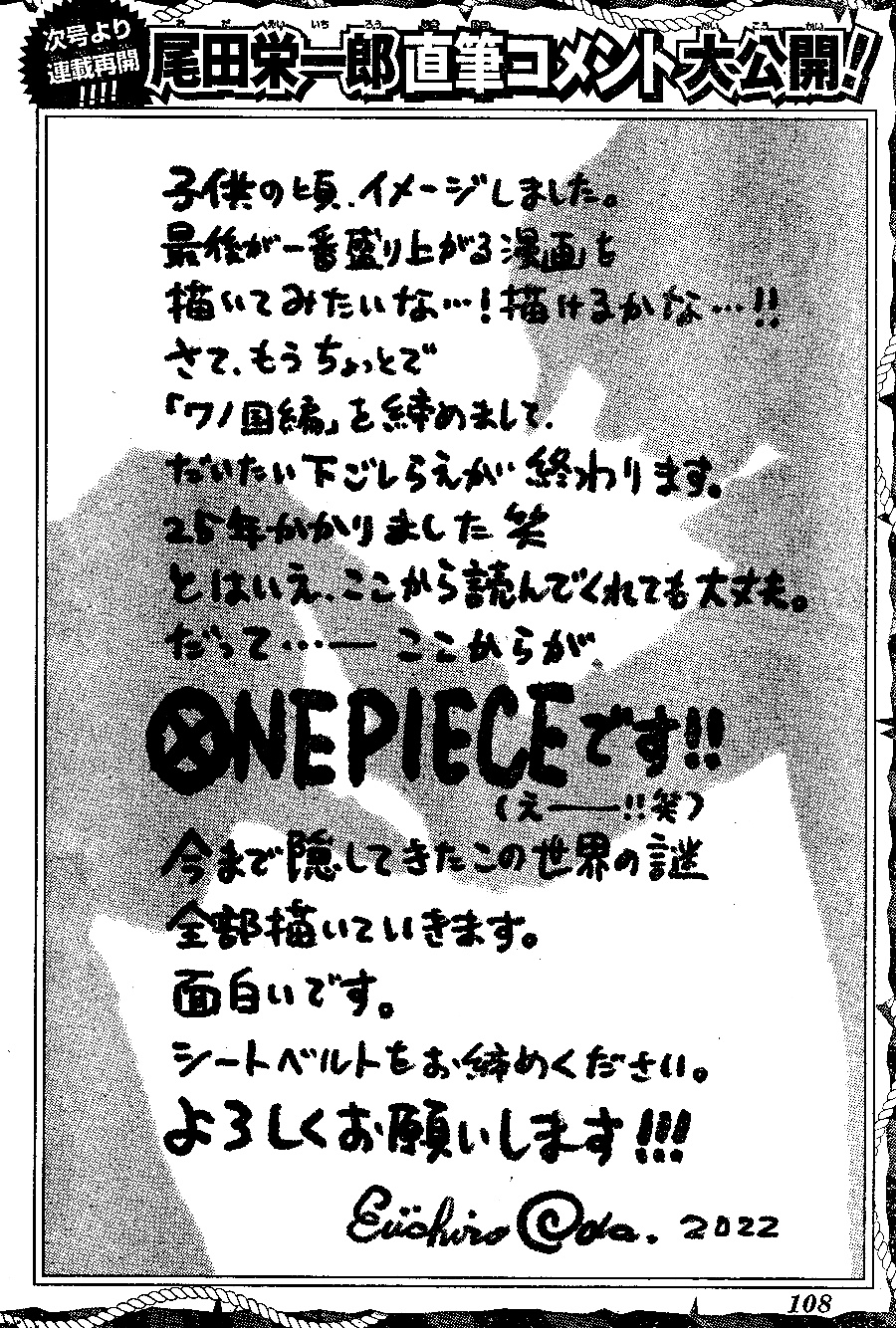 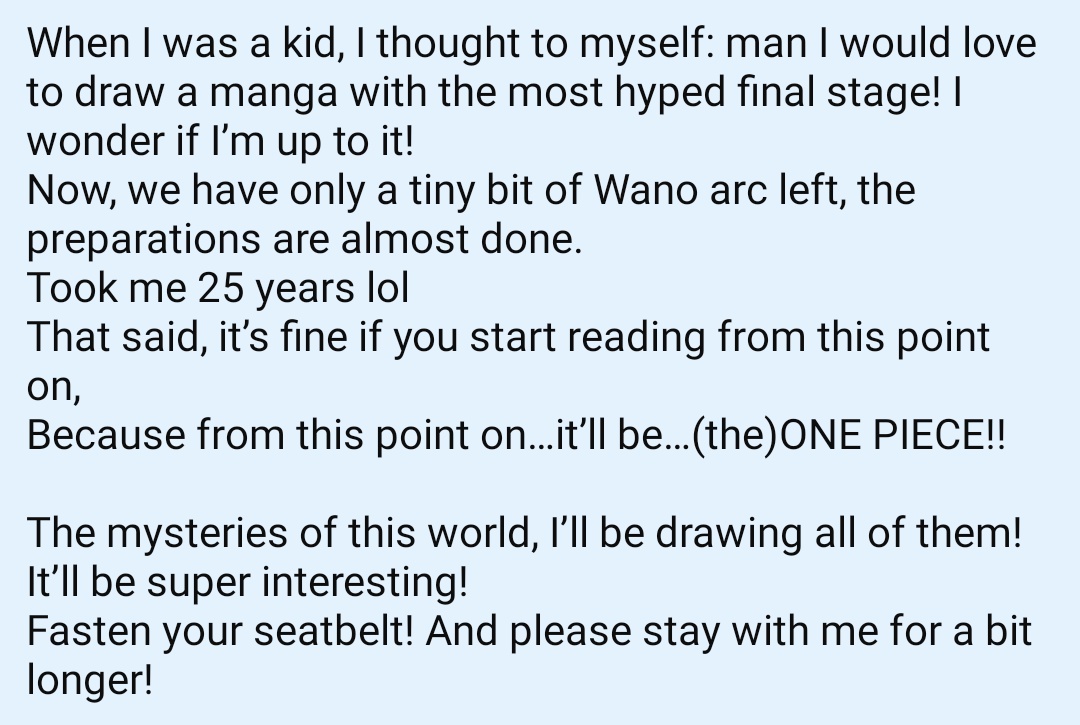 In the translated version of Oda’s message, @ScotchInformer discusses how he dreamed of taking a manga series to “the most hyped final stage” as a child. He then says the preparations have been completed and that the upcoming chapter 1054 will be one of the last issues in the arc.

A reference to his story’s age, which first appeared in Shueisha’s Weekly Shonen Jump publication on July 22, 1997, he laughs at how it only took him 25 years to get here. Then he says it’s fine to start reading now, because from this point forward, it will be “(the) ONE PIECE,” referring to the series’ eponymous treasure.

As the series nears its end, he teases that he will draw all of “the mysteries of the world,” of which there are still plenty. He ends his message by saying it’ll be “super interesting” and tells readers to fasten their seatbelts, asking them to stick with him a little longer.

The fans’ response to this message has been bittersweet, with some expressing how happy and sad they are to see one of their favorite series nearing its end. It is not surprising that many of them feel this way, considering how much the 1000+ chapter series has likely influenced their lives.

Oda’s promise that he will draw “the mysteries of the world” in the series’ final saga is particularly interesting considering how many new mysteries Wano introduced. Despite Oda’s reputation for meticulous plot planning, solving all the series’ remaining mysteries is indeed quite a challenge.