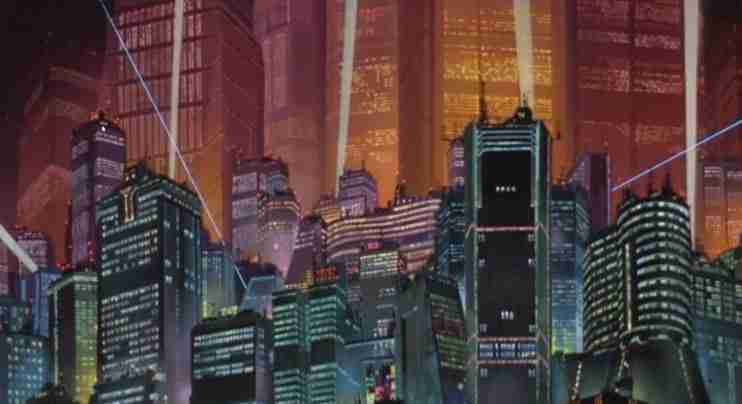 Hello, Alysers, I am excited to write the best review on Akira.

If you like action or complex stories then you will enjoy Akira. It’s a solid mixture of both never giving too much of one and too little of the other and while you probably won’t fully understand the story from the movie or relate with some of the characters it’s a minor spot on a beautiful work of art. Akira ( «Akira”) – a full-length anime movie released by the studio Tokyo Movie Shinsha (now TMS Entertainment) in the summer of 1988. The film is 124 minutes long and is based on the manga of the same name by Katsuhiro Otomo. Curiously, initially, the author did not plan to film the manga. However, when they approached him with proposals for adaptation. Katsuhiro fired up the idea and agreed, but with one condition, he would participate in the project as a director. Akira was warmly received by critics around the world and is still considered one of the most significant works of Japanese animation. The main character is a cheerful teenager Shoutarou Kaneda. She together with his friends, drives his favorite red bike around the city and hits the faces of his competitors. A fun, carefree life. If viewed from a global point of view, Kaneda looks like a pretty good protagonist for himself. he still never gives up and strives for his goal. A sort of cyberpunk Naruto. I never liked this type of hero, but in Akira, he seems to cope with the transfer of problems and his tasks.

The second main character in the anime is the antagonist Tetsuo Shima. Which I liked if only because it really causes disgust and hatred with its perverse logic, but at the same time has clear motives.

In addition to the main characters in the anime, there are a whole bunch of minor ones. Some of them are given enough attention, and some remain undisclosed. So, I liked the military Shikishima, in whose image you really believe. It seems that you really have an old-school military man in front of you, ready to take the situation into your own hands. Tetsuo’s girl named Kaori also seemed curious, showing that the motivation for any action does not always have to be multifaceted and deep. Not much like Kaneda’s girlfriend named Kei. I still did not understand what she and her group were fighting for, and her character is quite simple. And finally, the children from the laboratory turned out to be curious perhaps the most unusual characters in Akira. In general, the characters in Akira are not bad, but they could not catch me.

If we consider the semantic component of Akira, then we can distinguish several layers. Some of them are obvious and should be understood by everyone and some of them can be difficult to comprehend during the first viewing. Perhaps the most obvious idea behind Akira is Uncle Ben’s old testament: “Great strength is a great responsibility.” As soon as it falls into the hands of an unworthy one. He out of his stupidity or ignorance will turn the planet into ruins. So Tetsuo decides to use the force that has fallen on his head as an instrument of self-affirmation. Always in need of help. Now he is able to defeat anyone, and therefore challenges all of humanity, regardless of human lives. The second layer of Akira problematics, which I would call prophetic for modern society, is a whole layer of social issues touched upon. This is a corrupt government. The destroyed education system, and social inequality, and the police that indulge the elites, children’s crime, obsessive religious movements, drug addiction, alcoholism, and many, many other problems. One way or another shown in Akira. And problems, as you know, often lead to riots and uprisings.

The music for the film was written by a group called Geinoh Yamashirogumi. Which prefers to combine traditional music with modern electronic motives. In fact, the history of this group is very interesting. It included more than a hundred people. They performed all over the world with concerts but did not gain wide popularity. However, it seems to me that their style just splendidly suited the world of Akira.

Calm and outwardly simple, but thoughtful to the smallest detail soundtrack that easily recreates the atmosphere of a dark technological future. Personally, I love this kind of sound, and I love to work with uncomplicated. But juicy melodies as background accompaniment. There is no opening theme in the film, but there is a nice ending theme for Kaneda. performed by the same Geinoh Yamashirogumi. The sound work in Akira was of high quality.

Akira is considered a legendary work for a reason. I think that among all the variety of works of Japanese animation. There is hardly another work that has had such a strong effect on the spread of anime culture around the world. Akira has proven by his example that the anime industry is capable of reaching a completely new level. A level is comparable to Hollywood blockbusters and Disney studio works that are popular around the world and collecting huge fees. Yes, Akira turned out to be far from ideal. The compressed timing did not allow to fully reveal all the underlying problems, and some of the characters deserved more attention. However, these little things pale against the backdrop of the exploding bomb effect that Akira had in the world of Japanese animation in general and science fiction with elements of cyberpunk in particular. Who knows what the state of the anime industry would be in now. If this film hadn’t appeared more than thirty years ago? Perhaps your favorite title wouldn’t even exist? Or it would appear much later and look very different. Fortunately, we will never know.

This website uses cookies to improve your experience while you navigate through the website. Out of these cookies, the cookies that are categorized as necessary are stored on your browser as they are essential for the working of basic functionalities of the website. We also use third-party cookies that help us analyze and understand how you use this website. These cookies will be stored in your browser only with your consent. You also have the option to opt-out of these cookies. But opting out of some of these cookies may have an effect on your browsing experience.
Necessary Always Enabled
Necessary cookies are absolutely essential for the website to function properly. This category only includes cookies that ensures basic functionalities and security features of the website. These cookies do not store any personal information.
Non-necessary
Any cookies that may not be particularly necessary for the website to function and is used specifically to collect user personal data via analytics, ads, other embedded contents are termed as non-necessary cookies. It is mandatory to procure user consent prior to running these cookies on your website.
SAVE & ACCEPT
wpDiscuz
2
0
Would love your thoughts, please comment.x
()
x
| Reply