Hello, Alysers a little suggestion for you 10 romantic animes to watch.  I am so excited to share this with you because you know what is more exciting than watching an anime that is romantic lol.

A good romantic anime talks about all kinds of relationships, from school backyards and first kisses to anime that talks about relationships at work. These shows maybe a little slower than your typical shoujo anime, but that doesn’t mean they’re boring. Now, if you like anime romance, don’t forget to vote for the best series below.

Fruit basket season 2 is fantastic I have been mentioning it far too long in my Instagram and blog I just love how this story covers the basics of romance in an ultimate beautiful story.

Howl Moving Castle literally a romance at its core and worth it anime like these makes me dream of watching anime once again.

3. Rascal Does Not Dream of Dreaming Girl

Rascal Does Not Dream of Dreaming Girl is actually one of my favs romantic anime definitely worth watching. Romance is something I watch every month at least twice or one time a month and it’s definitely something I enjoy.

Love Is War I mean let’s talk about the name love is war it kinda is an interesting point to be taken in my point definitely an anime I would love you to all watch.

Kokoro Connect is one of my favorite romantic anime. A story about body swaps, love triangles, and new feelings. Five students, members of the club of cultural researchers, suddenly began to change bodies due to some plan of a supernatural being who contacts the children through their teacher and club curator Goto, temporarily taking control of his mind and body.

A sweet romantic comedy anime about why you can’t judge people by their looks. The action takes place around two high school students: Sunakawa, a typical Bisenen popular with girls, and his best friend, Years, who is his complete opposite. The Swarthy Goda has tremendous physical strength, the largest in the school and his face looks like a gorilla’s, for which the girls are afraid and try to avoid him. Despite this, Goda has a very kind heart.

A sweet romantic anime love story of childhood friends. The plot is based on the relationship between senior students. The main characters – Io Otonashi and Miniva Tsumiki are in love with each other but do not dare to admit it. Their friends are trying to help them. Together they find themselves in a lot of funny situations.

Two guys fall in love with each other, despite the fact that one of them thinks that the other is a girl. Will their feelings persist after the truth is revealed? Despite the fact that he wants to become a manga artist, he had to get involved in the entertainment industry. Because of his feminine appearance, people often mistake him for a girl, and so did the rising star actor Ichijou, who fell in love with Izumi as a child when he starred in commercials with a charming “girl” in a cute dress.

The main character is Keite, a forgetful and inattentive guy. In an attempt to order food delivery, he ends up in a strange organization called “Divine Help”. The telephone service provides support to the simple righteous. The goddess Beldandi arrives on call. She has a very unusual proposal: she can fulfill one wish. Naturally, the guy thinks that this is a joke and thinks … the girl will stay with him forever. The goddess cannot refuse, and the young man turned out to be very handsome.

The last anime is Your Name its a movie romance my favorite I enjoy watching it frequently because it makes me feel I am in another world.

Thank you for everyone reading this let me know in the comments below what you think?

Howl Moving Castle and Your Name are amazing I haven’t seen the others but I will. Thanks for these awesome recomendations Alys !!!! 👍

I think horimiya deserves a spot up here

Which anime is the cover from? 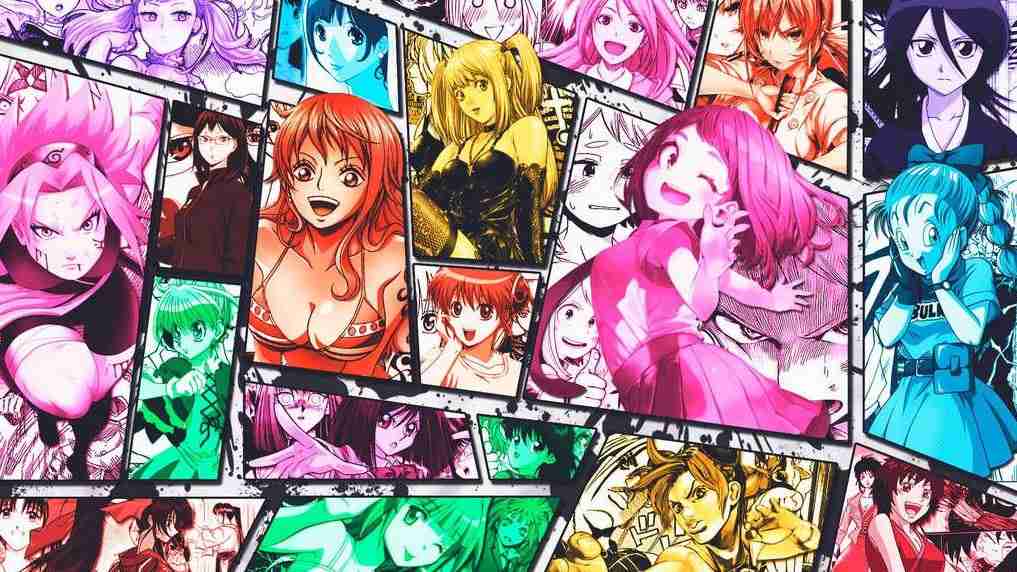